TIPS ON TONE BY HOLLIE BUHAGIAR 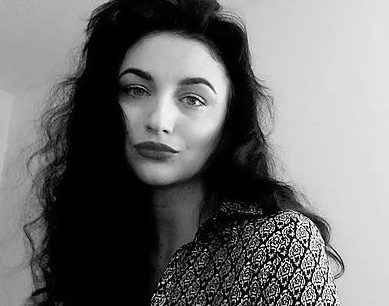 The instant I stopped competing with other voices was the moment that I truly started to come into my own as a vocalist. Remaining aware of the current trends within your industry and specialization is incredibly important but with regards to the human voice, I truly believe it is paramount that one focuses on the instrument they have in their possession and how best to develop it. Every voice is different, has it’s own quirks, capabilities and timbres. Therefore I really do recommend that anyone looking to further their skills should hone their talent according to their uniqueness and not the allure of another’s. In this industry a USP is absolutely everything. Don’t try to sound like your favorite vocalist; look to be the best incarnation of yourself.

Hollie Buhagiar is an award-winning Gibraltarian composer based in London, who specialises in crafting bespoke scores for film, TV and Games. She has worked on a plethora of projects for both short and feature length films alongside Grammy and Academy Award winning engineers in the finest studios across London.

​Graduating from Leeds College of Music with a first-class honours in Music production, Hollie continued on to complete a Masters at the National Film and Television School.

Throughout her career she has been hailed for her unique and varied sonic palette as well as her ability to create fascinating scores that approach traditional composition from a new and exciting perspective.

Hollie’s experience spans worldwide and includes work for the likes of Channel 4, BFI, Creative England, Film London and BBC. Her latest projects have received critical acclaim winning various prestigious awards, these include a Porsche Award, a Gold British Arrow and the McLaren Award for Best British Animation, as well as being a two time Unity Awards nominee. One of her most recent works ‘Poles Apart’ won the 2018 British Short Animation BAFTA, she also won this year’s Best Composer award after holding three nominations at the Underwire Film Festival and is currently in the running for the 2018 Best Sound Design Offie Award with her theatre debut in ‘Collective Rage: A Play in Five Betties’. ​

​Aside from this, Hollie is an extremely accomplished session vocalist having worked on everything from prime time television shows to worldwide advertising campaigns, the most recent of which being season eleven of Doctor Who and the 2018 commercials for The Voice.